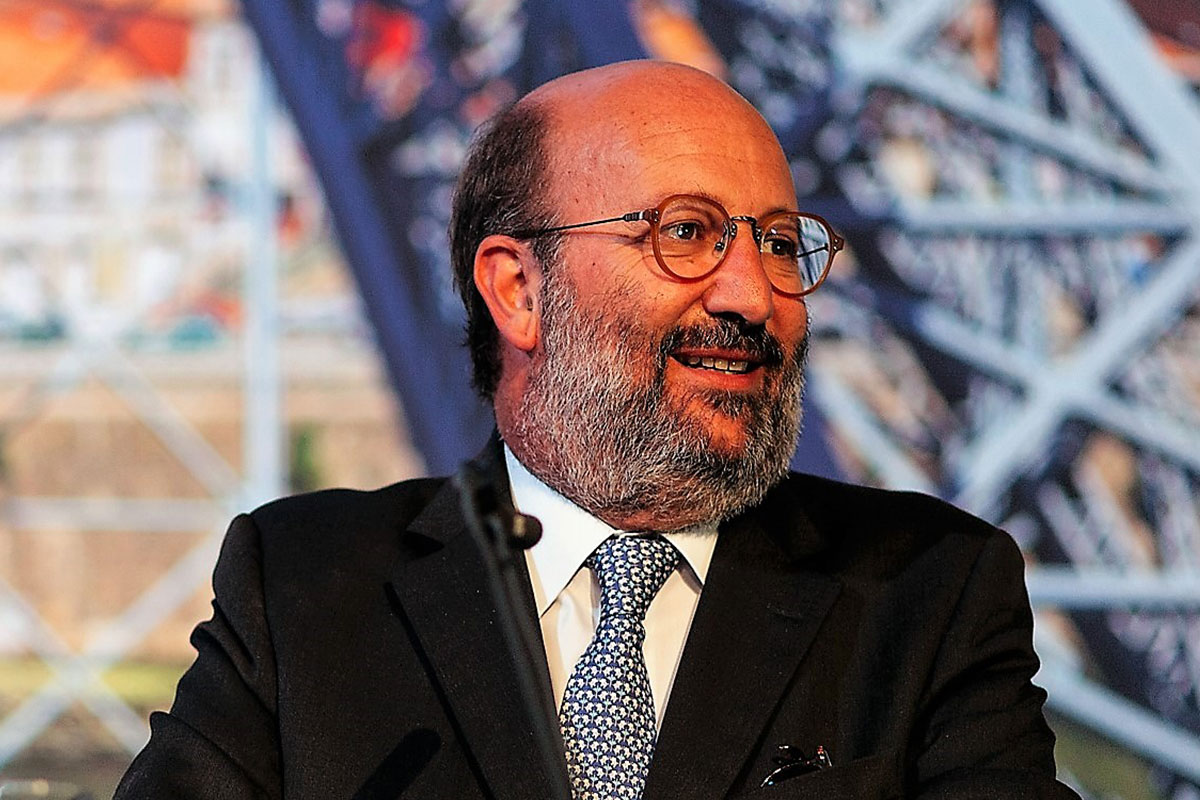 Posted at 14:46h in interview by Author One

João Pedro Matos Fernandes, Minister of Environment and Energy Transition, highlights the steps Portugal is taking towards its end goal of becoming carbon neutral by 2050

In your opinion, what were the key elements that allowed for Portugal to tackle the pandemic so effectively in its initial stages?

We have dealt with this crisis since the very first moment and we have prioritized the importance of health and human life. Both the government and the whole population. We have learnt from science and we have made our decisions quickly. In some cases, we have done this in a faster way than other countries and so now we are in a good position to begin opening the economy in a smart way. We want to normalize the situation in Portugal as much as possible, even if we know that we must be very careful in the future.

As a European leader in renewable energy, Portugal is committed to tackling climate change and energy efficiency. Your country has established the ambitious goal to go carbon neutral by 2050. What are the short and mid-term strategic objectives of your ministry to ensure that the energy sector is in a position to support the economic recovery while also addressing the social and business demand for reliable, clean and affordable energy?

We are the first country in the world to commit to being carbon neutral by 2050 and even if we have three decades between now and 2050, we assume that the next decade will be the most important. Our plan for 2030 is one of the most ambitious in the whole of Europe. We will reduce our emissions by 50% and 80% of the electricity consumed by 2030 will come from renewable sources. We have already reached important goals. For example, between 2005 and 2018 we have reduced our emissions by 21%. In 2019 alone we reduced our emissions by 8.5% while in Europe the average was 4.3%. 2019 was a year where Portugal experienced significant economic growth, much higher than the European average. We have de-coupled the growth of the economy and emissions. It is possible to have economic growth while still reducing emissions. Portugal is proof that it can happen.

We are very enthusiastic with the propositions from the European Commission because most of the investments aimed at fighting climate change. We must act on energy production and electricity production. We are in a very good place to tackle this. When we talk specifically about Portugal, we are lucky enough to have water, wind and sun in abundance to produce 100% of electricity coming from these natural and renewable sources. We can do this at affordable prices as well. The last auction of 2019 proved it. We have set a world record in the lowest price of energy production coming from solar.

As the economy reboots post COVID, you have announced several multi-billion Euro projects, including the government’s plan for the Green Hydrogen project and the solar auction which had been delayed during the crisis. Tell us a bit about the scope of this pioneering energy project, estimated to attract €5 billion euros in investment and aimed to start producing Green hydrogen by 2020?

The solar auction was delayed but we presented it last Friday. The auction took place on the 24th and 25th of August. When we talk about decarbonization normally we refer to how electricity is generated. Industry still depends on different gases to operate and in order to have a complete decarbonisation it is important that those gases are also renewable. When we talk about renewable gases, we are not just talking about hydrogen, but hydrogen is the most important one. We have a big project to produce hydrogen from sea water and we will launch it in less than one month. We aim to produce 1GW of Hydrogen by 2030 coming from saltwater. Water is never expensive, what is expensive is the electricity and if we use the price set from the last solar auction, we are in good condition to be the leader in Europe to produce green hydrogen with the lowest price.

What measures has the ministry taken these years in order to mitigate and reduce the risk of wildfires? Will covid-19 reduce Portugal’s capacity to address these challenges?

Our situation now is much better than in 2017. We now have more means in terms of human and technical resources for the fight of wildfires. We understand we must work on an approach to the landscapes to have a strong and effective method to tackle this issue. We approved on the council of ministers new policies regarding forest protection, which means a new point of view on landscapes. We have six million hectares of forest in Portugal and we must act on 1.2 million hectares. We will divide them into 20 different landscape plans to transform the landscape in Portugal. The idea is to have more adapted trees. Overall, when we look at a tree, we see the leaves and not so much the trunk. We have to look at the public good that the forest provides us and those are the ecosystem services, meaning we have to pay for them. We will give money to plant trees and manage forests.

Recovery from the 2008 crisis relied to a significant extent on tourism, which accounts for approximately 18% of GDP in Portugal. Tourism, on the other hand, is an activity with certain environmental impact. What measures were taken in cooperation with other Ministries in order to promote sustainable practices in tourism but also in other sectors of the economy?

We are a very diverse country from north to the south and have very different landscapes, which is an important element to be the destination of choice for tourists. You can encounter different subregions and we are working with tourism to promote nature tourism. Eight percent (8%) of Portugal’s total area is protected. We are also working on the circle economy. When a tourist visits a country, he produces more garbage than a regular inhabitant and for that reason, we are working closely with the hospitality industry to foster a different behavior and re-educating tourists when they visit Portugal.

What is the Ministry’s agenda with reference to regional and international cooperation on climate change and climate issues?

We know that we are world leaders in this transformation, but it only gives us responsibility. We are working with other European countries to make the European Climate Law. We have no doubt that climate and sustainability issues will be a key of the upcoming Portuguese presidency of the European Union. We also work closely with African countries and others that speak Portuguese. We have an environmental fund together with the community of Portuguese-speaking countries worldwide (CPLP) including an important budget for cooperation projects in science areas.

What are some of Portugal’s most attractive Investment opportunities linked to the environment and the circle economy? What are the types of incentives and specific initiatives to support private investors?

In order to conclude, please share with the global readers of Newsweek a message of optimism and reassurance about Portugal and the rebooting of its economy?

We have a vision and strong commitment to the growth of the economy in a neutral way of producing emissions and recovery of natural resources. This vision existed before the pandemic crisis. At the same time, we have a strong commitment to society. We were missing financial support to pursue this change and make it faster. When we look to the proposal of the European Commission, I have no doubt that Portugal will have enough funding to make this change.