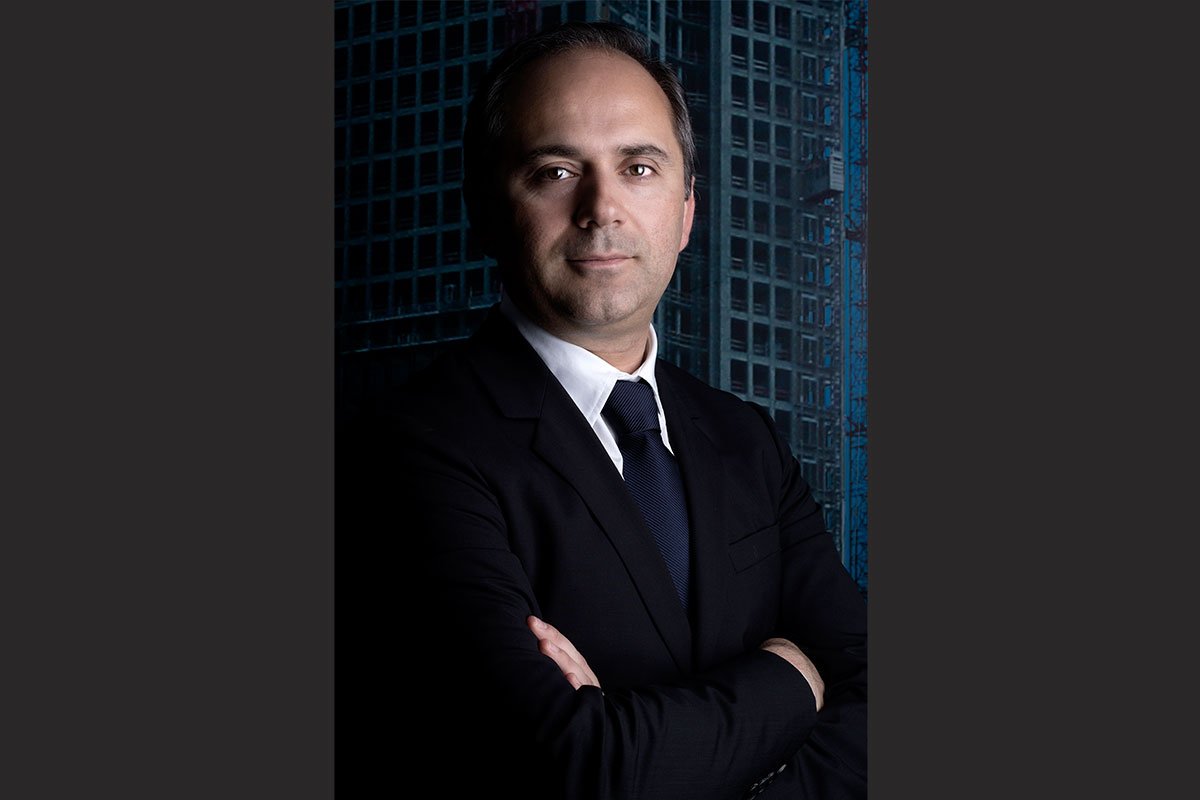 Posted at 18:29h in real estate by Author One

António Carlos Fernandes, CEO, Grupo Casais, reveals how the leading group uses innovation and sustainable practices to have a positive impact on the world

Grupo Casais is one of the largest operators in the Portuguese construction sector. Given your extensive knowledge of the market, why do you think Portugal is such a competitive destination for real estate investors at the moment?

I think that Portugal has been a hidden gem within the real estate world. We have quite a history as a country, so people are also now more interested in learning about that and our culture. We are fortunate and unfortunate in our geographical placement: if you look at the context of Europe, we are very peripheral, so to get here you must travel by plane, because by car you have to travel across the whole of Spain. Tourism is on the rise and I think that the country’s Golden Visa has played an interesting role as it has mapped the country for others that were not yet aware of us. That has started a process of word of mouth where people started to enjoy our key advantages and, in the age of social media, this has further propelled that effect.

The country is very open for foreigners. From the 10 million people living in Portugal, we have an additional 2 million that are living abroad, so within Europe we are the country that has the largest population working outside and they act as ambassadors for the country.

Grupo Casais currently has a presence in 17 countries. It closed last year with a consolidated turnover of €514 million, which represented an 8 percent growth on 2019. Of this amount, 74 percent came from the group’s international activities, with the remaining 130 million euros raised in the domestic market. The company has previously stated that it expects to grow in Portugal, strengthen its presence in the Persian Gulf and the U.S., and enter the Ghanaian market. Could you give our readers an overview of Grupo Casais’ internationalization strategy?

We have been an international operator for 25 of the 60 years of our activity. We have outgrown our country, which can’t fulfil the capacity of operations that we need in order for us to keep up our sustainable growth. We branched out in 1994 when we started in Germany, then moved into Angola in 1999, which is a Portuguese speaking country, and from then on we started to expand. Our approach for our international business today is clearly focused on risk management strategy. We are present in several economic blocks, in the Middle East, Africa, Europe, the U.S. and Latin America. As you know, investment in construction and real estate is not a very stable market as it depends on the overall economy doing well, election cycles and investment cycles. So for us to keep steady growth up, it is important for us to be present in many different markets.

Until 2008, we were 70-percent domestic. After the financial crisis at that time, we shifted and became 70-percent active in the international market. We are still growing in our domestic market by the way, as we expect that—even this year—we will see a growth rate of almost double of what we experienced in 2019. When we are talking about approaching new markets like the U.S., regardless of who wins an election there will always be a boost in infrastructure spending. Firstly, because infrastructure needs refurbishment and new builds, so we are betting that the U.S. will have a package for public investment. We are also looking at Europe, our domestic market and to increase turnover in countries that we are already active in. We are also looking at the Middle East as a market, which we expect will be hit by the price of oil. On the other hand, we have seen that it is a region that has been building up capacity to hold more residents.

A lot of people from developing Africa and Asia are struggling to survive and the Middle East is starting to create an ecosystem for receiving new residents looking for better opportunities. We learn a lot from developed economies in terms of technology that opens up the opportunities in developing countries. If you look at where building and infrastructure is needed, it is where the growth of population is growing fastest. In Africa, we will see a doubling in population within the next 50 years, so the needs for infrastructure will grow alongside this. We are talking about schools, hospitals and roads will also have to be built. Developing countries depend a lot on donations, but more increasingly now on partnerships and I think we will see a new wave of partnerships between developing nations and developed nations. The inequality gap is getting wider and it is becoming a humanitarian problem, so the bridge between the two hemispheres will be laid on the foundation of these partnerships.

Over the last few decades, project management has developed into a methodological and systematic way of dealing with all aspects of construction projects, including scheduling, cost control and resources management. Grupo Casais is a highly experienced reference point for the industry in this area. Could you describe some of the services it offers that lie behind its sustained success?

One part of our service matrix is the general contracting side of our business. As a 60-year-old construction company, we have assets and know-how in the real estate area. One of the things that distinguishes us from other companies in Portugal is that there is no other company in the country with our type of organization, even in Europe it is not very common. We also have second-tier subcontracting levels within our group. This has been very helpful because, with some of our international business, it is not actually our company that goes into the market, it depends on each case. For example, in Europe you will probably see that the second-tier subcontracting level of the group is working for other general contractors. We have a lot of flexibility in the way we perform our internationalization and it won’t be the same way in every country. I think this is key for the model that we have been building over the last two decades.

We also differentiate on our know-how on how to manage a construction site. We have in-house professionals that know about different aspects of mechanical, electrical and plumbing engineering, so when we want to know more about energy efficiency, for example, we call up our company that focuses on electro-mechanical aspects of the building process, we put them to work with our civil engineers and develop a new product. It is easy for us to develop new products and solutions that are truly integrated. I think that clients see this advantage in getting us on board and discussing how we can best contribute to their challenges.

In 2000, one of the things that we invested in was our enterprise resource planning system, in order to have a top-level view on cost control and management. In that year, we were the 35th-largest company in Portugal, by 2010 we were the 13th and now we are the third largest. That is due to our investment in systems and procedures that helped us on this 20-year period of growth. We are now not only managing those areas of speciality, but actually integrating everything and approaching our clients in a more collaborative way.

This is our model going forward: approaching clients, either public or private, in a collaborative way of working. We set expectations at an early stage and we bring in our experience before they fully develop the projects. One of the things that is hurting our industry is the model where architects and engineers develop a project to the final detail, which is actually a constraint for construction companies. This is because we sometimes face problems in our supply chain, we have different aspects of the project that we have to manage that eventually leads us into a conflict-based relationship, because we want to adapt something which receives pushback.

Construction sustainability is no longer just a flag, but a necessity and a condition for doing more and better business. Grupo Casais is responsible for bringing the CREE system to Portugal, which is based on a natural renewable raw material, wood, for prefabricating individual standardised components, such as ceiling and facade panels, pillars and structures. This technological solution has already been made available in countries such as Germany, Austria, Belgium, Denmark, Japan, Luxembourg, Singapore and Switzerland. Could you tell us more about this innovative technology and its benefits?

One is in regards to productivity and standardization, which goes into our industrialization strategy. The CREE system allows for the modularization of construction to occur. On the other side, is its sustainability and, as we know, in the construction industry we have a lot of responsibility for what we are doing as we are changing the natural environment with every project. If we are changing nature, I think we should change it in a way that leaves it better than it was and the impact on the environment around the project site should be thought of in the long term. There is a lot of construction that is abandoned because it is not flexible or reusable after its end use, leaving behind carcasses and dead space.

The CREE system takes advantage of a material that boasts carbon-trapping capabilities, so we are actually trapping carbon in the building while working with this process. This wood is then reusable 20 or 50 years after the completion of a project, because it is part of standardized modules that you can disassemble and give a new life.

We are evidently living through a time of changing paradigms. Many companies and governments are reanalyzing their operating models and reassessing their strategies for a long-term strategic outlook. How do you think the impact of COVID-19 and the current technological convergence will change the group’s strategy going forward?

It is already changing and that has been accelerated with COVID-19 as we move more toward digital practices within the company. Next year, we will have five times the investment that we were planning on technology because we want to take advantage of the global shift. What we were planning on doing in 3 years, we will do in 18 months. This sense of urgency during the crisis was an important point of inflection, as sometimes what makes it hard for a company to evolve is taking the third option off the table, which is keeping everything the same. A crisis takes keeping the status quo off the table. The buy-in for people to accept change has also now increased. The companies that do not act are the ones that will eventually die out—and we are not planning on being left behind.

What do you believe will be the biggest challenges for your sector in the future?

I think that climate change is the biggest global challenge moving forward. When we look at real estate and construction, we have a very large role to play and I think our positioning is key for the future of society. It is not only about the climate, it is also about the wellbeing of people, as we are living through a very demanding time. Inequality is growing at a very rapid pace, which is not a problem for either the developing or developed countries, it is a humanitarian challenge. I think we are now seeing changes that we were not supposed to see happen during our lifetimes, and is hard to think that our children and grandchildren may grow up in a world that could be worse than the one that we have now. This places a huge responsibility on us: as a company, we are only a small part of the general formula of the economic and social landscape, but we are totally committed to doing our best toward the United Nations Sustainable Development Goals.